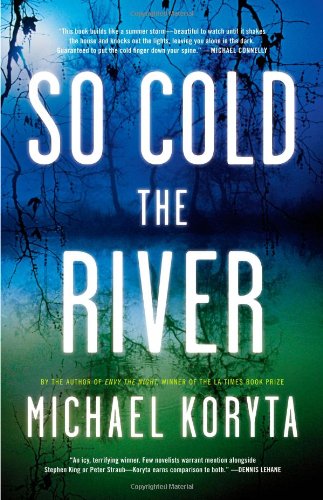 So Cold the River

In this explosive thriller from Koryta ( ), failed filmmaker Eric Shaw is eking out a living making family home videos when a client offers him big bucks to travel to the resort town of West Baden, Ind., the childhood home of her father-in-law, Campbell Bradford, to shoot a video history of his life. Almost immediately, things go weird. Eric uncovers evidence of another Campbell Bradford, a petty tyrant who lived a generation before the other and terrorized the locals. The older Campbell begins appearing in horrific visions to Eric after he sips the peculiar mineral water that made West Baden famous. Koryta spins a spellbinding tale of an unholy lust for power that reaches from beyond the grave and suspends disbelief through the believable interactions of fully developed characters. A cataclysmic finale will put readers in mind of some of the best recent works of supernatural horror, among which this book ranks.