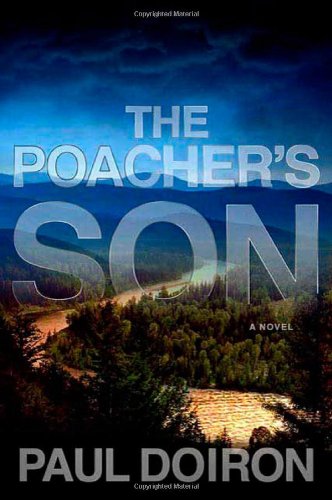 editor-in-chief Doiron takes a provocative look at the ties between fathers and sons, unconditional love, and Maine’s changing landscape in his outstanding debut. Game warden Mike Bowditch, who hasn’t heard from his dad, Jack Bowditch, in two years, wonders what the man wants from him after he comes home late one night and finds Jack has left a cryptic message on his answering machine. Mike later learns Jack is the prime suspect in the shooting murders of a cop and a timber company executive. Jack, a brutal alcoholic, makes his living poaching game, but Mike can’t believe Jack is a cold-blooded killer. Mike’s belief in his father puts his job at risk, alienates him from the police, and drives him further away from the woman he loves. Fans of C.J. Box and Nevada Barr will appreciate the vivid wilderness scenes. Equally a story of relationships and an outdoor adventure, this evocative thriller is sure to put Doiron on several 2010 must-read lists.