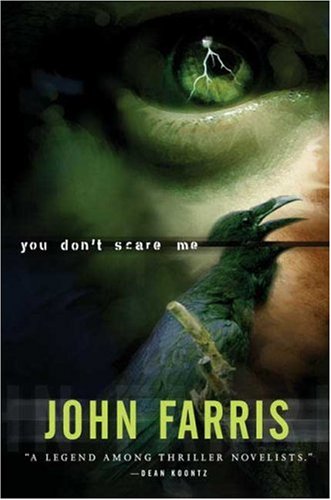 You Don't Scare Me

A young woman's tussle with a malignant predator from beyond the grave drives this bold new supernatural thriller from bestseller Farris ( ). In the early chapters, which crackle with electrifying suspense, Chase Emrick recounts her terrifying childhood abduction by her creepy stepfather, Crow Tillman, who commits suicide and nearly takes her to the afterlife with him. Now a math student at Yale, Chase finds herself constantly fending off attacks from Crow as he distills his evil essence into a variety of menacing forms in order to reclaim her. Realizing her only hope is to beat him on his own turf, Chase debarks for the Netherworld of the dead for a final showdown. Once in the Netherworld, the narrative shifts into film-script form, an audacious but not entirely effective trick, and it nearly dissipates the story's hitherto relentless momentum. To Farris's credit, he redeems the tale with a killer ending that shows why he's still one of the most dependable writers of horror working today.