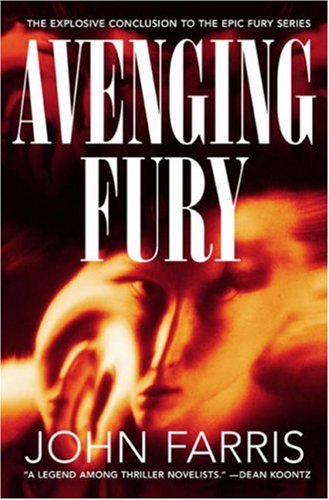 In this fourth and final volume in the series that began with (1976), Eden Waring, now recognized as the benevolent Avatar, imprisons Mordaunt, the malignant , in a flood of molten glass. Though his physical form is ruined, Mordaunt's immortal consciousness is still at large, as is his female side, Delilah, who takes possession of Eden's time-traveling doppelgänger, Gwen, and uses her body to hitchhike back to the present. The stage is set for a showdown between Eden and Gwen on the outskirts of Las Vegas in a flamboyant finale that features earthshaking scenes of the two zapping each other with bolts of “the Dark Energy of the Universe.” A bursting cornucopia of horror, fantasy, suspense and science fiction set pieces, the novel is so relentlessly paced that it's easy to overlook its wobbly logic. Farris's legion of fans will find it an exhilarating end to this enormously entertaining supernatural saga.