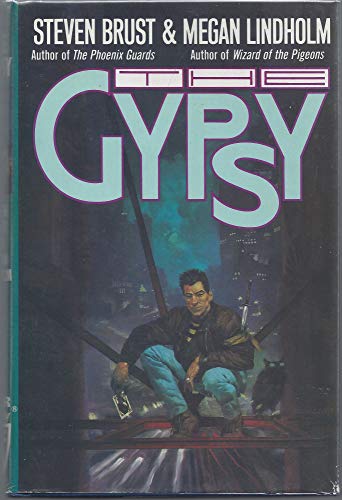 Part gritty urban police procedural and part horror fable, this enthralling fantasy/mystery examines issues of life, death, love and morality. A man without memory, known as the Gypsy, wanders the streets of Lakota, Ohio, leaving death in his wake. After a clerk is murdered during a holdup, the Gypsy is booked by cop Mike Stepovich, who uncharacteristicallydb pockets the suspect's strange knife, found nearby. An apparent snafu releases the Gypsy, who comes under suspicion again when a woman fortune teller is murdered in a cheap hotel. Stepovich, with the unvoiced disapproval of his brash young partner Durand, surreptitiously looks into the murders, now out of their jurisdiction, and finds himself walking down strange paths. Meanwhile a woman known as the Fair Lady is working her spells to draw others, including Stepovich's teenage daughter's friends, into her evil web. She can be stopped only by three brothers, known as the Raven, the Owl and the Dove. As forces move to their climax, Stepovich's retired former partner plays a role, as does an old drunk known as the Coachman, who may hold the key to salvation. Brust ( The Phoenix Guards ) and Lindholm ( Wizard of the Pigeons ) have crafted a powerful and memorable fantasy. (June)
close
Details