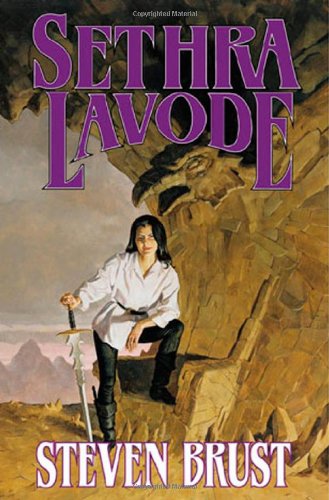 In Brust's stylish conclusion to his Viscount of Adrilankha trilogy (after 2003's and 2002's ), which pays homage to Dumas père's D'Artagnan swashbucklers, Empress Zerika the Fourth tries to consolidate her hold on the realm, but her challenger, Kâna, isn't ready to give up the fight. The last desperate days of the battle for the Dragaeran Empire feature plenty of magic and intrigue, and fans are forewarned that some of the lovable characters from past installments won't survive. As before, nobles converse in absurdly stilted dialogue, while the humor is sharp enough at times to induce outright laughter. Inventive chapter headings (e.g., "How Morrolan, Attempting to Find a God, Found Instead What His Sword Could Do") add to the faux period feel. For full understanding of all the heroics, newcomers may want to start with the author's two prequels, (1991) and (1994).