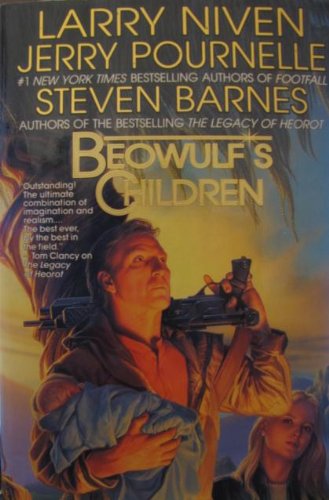 This sequel to the authors' bestselling The Legacy of Heorot (1987), in which ``Earth Born'' colonists vanquished an alien life-form known as the Grendels (hence the title here), starts slowly. The colonists' children (the ``Star Born'') spend too much of the first half of the novel discussing the ``brain damage'' the older generation has suffered as a result of the long trip to the planet. Meanwhile, the whiff of social Darwinism that blows through the book is enhanced when Aaron Tragon, the only ``Star Born'' who both gestated in an artificial womb and never bonded with any of the families on the planet, leads a movement to colonize Avalon's mainland. Aaron becomes increasingly vicious--a matter blamed primarily on his lack of a familial bond--after his calculated cruelties lead to his being given exactly the authorization he desires. Ultimately, the colonists end up less with success in the present than with hope for the future, with much of that hope deriving from the novel's improbable denouement. The authors create several unusual indigenous life-forms that make the mainland a fascinating place, and in-jokes designed to please SF fans are scattered throughout the narrative. Even Niven/Pournelle/Barnes loyalists, however, will find the one-dimensional characterizations here (especially of the women), as well as the increasingly absurd actions of the humans, disappointing. The bloom that lured many readers to the original is long off the paper rose of this book. (Nov.)
close
Details