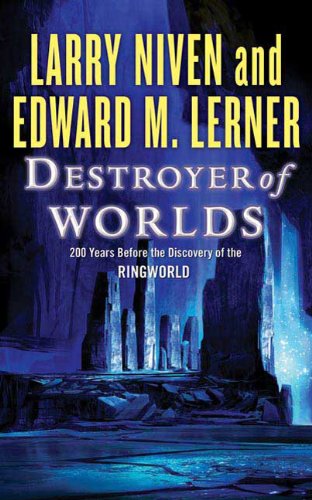 Fleeing a massive explosion at the galactic core, a human colony and their allies, the alien Puppeteers, discover they are not the only ones desperate to outrace destruction in the third prequel to Niven's Ringworld saga (after 2008's ). Thssthfok, a ruthless Pak, will do anything to safeguard his clan after Pakhome is destroyed. Paranoid human agent Sigmund Ausfaller and Puppeteer Baedeker are sent to investigate a distress call from the Gw'oth, who have detected a suspicious ship headed toward the Fleet. Sigmund agrees to work with the Gw'oth, but he's concerned that their insatiable drive for scientific development may make them an even bigger threat than the Pak. With the authors working hard to knit together backstory, this one is primarily for fans of Niven's Known Space setting who will enjoy seeing past puzzles made clear.