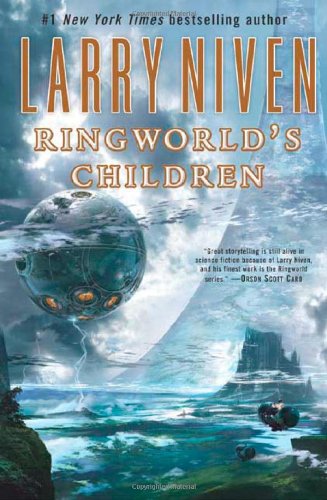 (1970) and its many offspring ( , etc.) are an SF institution. Unfortunately, bestseller Niven's first Ringworld installment in 10 years combines the worst qualities of hard SF (i.e., cardboard characters, a plot propelled primarily by technological infodumps) with the least appealing characteristics of sequelitis (i.e., a story no one can follow without fanatic dedication to earlier books). In the year 2893, 67 Ringworld days after Louis Wu, badly wounded in battle with "the Vampire protector, Bram," stepped into a healing autodoc, our hero awakens with a restored, younger body. The passive Louis and several alien companions soon get caught up in a war involving weaponery that could destroy Ringworld. The novel finally comes into its own about midway through, while a glossary and a cast of characters will help orient those new to the series.