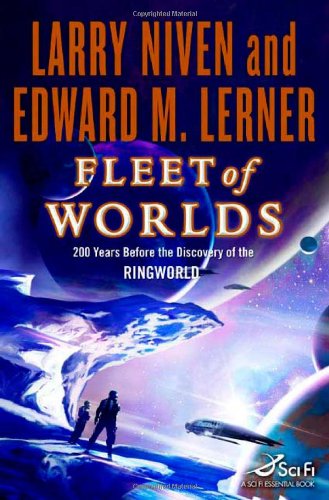 Niven, winner of multiple Hugo and Nebula awards, and Lerner ( ) offer a lively prequel to Niven’s 1970 classic, . It’s 2650, some 500 years after the human colony ship was captured by Citizens, those paranoid, two-headed beings better known as Puppeteers from the Fleet of Worlds. The Citizens of the Concordance have bred and nurtured successive generations of human “Colonists” from the ’s crew and embryo banks, while lying about their origins, telling stories about an abandoned colony ship adrift in space. When a team of Colonist explorers led by Citizen Nessus to study intelligent life on an ice-covered world also uncovers evidence that the Concordance has lied about the past, they’re determined to find the truth. Meanwhile, Concordance Citizens learn that the ruling Conservative policymakers have mishandled secret contacts with Earth and endangered the Fleet. Fans of hard SF will be well rewarded.