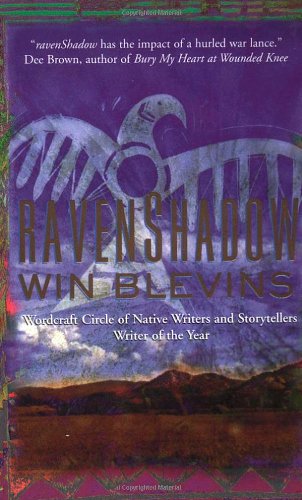 Best known for Stone Song, his vivid, lyrical novel of the life of Crazy Horse, Blevins here introduces Joseph Blue Crow, a 1990s Lakota Sioux who calls himself a Great White Doubter. Narrator Joseph feels he is red on the outside but white on the inside (""I thought the white way was the way, and the red way should get left behind""). Although born a full-blooded Sioux and raised on the reservation, Blue is poised to escape his destined poverty when he gets away to college, where he discovers booze, basketball and girls. Succumbing to the temptations of the white culture, he discards his Indian heritage, his family and friends. His experiences as a young man in Seattle are harsh, as he encounters overt racism, but it is his black girlfriend's suicide and the almost simultaneous death of his grandmother that prompt him to return to the reservation, feeling a traitor to himself and his people. By 1990 he is 40, divorced, an alcoholic disk jockey on a blues radio station in South Dakota. Finally compelled to seek peace by a friend and a spiritual vision of a raven, Blue immerses himself in Sioux tradition, turning to the sweat lodge and the sacred pipe. His quest culminates in a pilgrimage, the annual Big Foot Memorial Ride, which commemorates Wounded Knee, the bloody event the whites call a battle, but the Sioux call a massacre. En route, with the help of a medicine man, Blue's spirit is transported to that bitter cold day in 1890 when the Seventh Cavalry fired on a village of starving Sioux--including some of Blue's own ancestors. His soul is redeemed by his difficult vision, though the journey may be painful for the reader. Blevins's bleak tale of a man caught between two cultures lacks the balance and grace of Stone Song, but it presents a solid indictment of how even today the white world oppresses and persecutes Native Americans. (Nov.)
close
Details