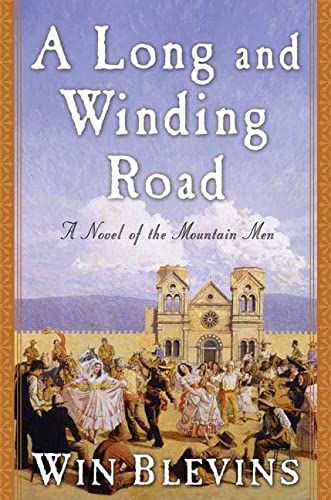 A Long and Winding Road

Blevins's ninth western novel—the fifth to feature mountain man Sam Morgan—picks up in 1828 as Sam and his trapper friends are whooping it up at a Mexican double wedding in Santa Fe. Shortly after the ceremony, the two brides are kidnapped by Navajo raiders, which enrages Sam because the women are his adopted daughters. Accompanied by his hotheaded adopted son, Tomás, and trapper Jean-Baptiste Charbonneau, Sam sets out in pursuit, though his heart is heavy because his lover, Paloma Luna de Otero, is dying of breast cancer. The rescue mission is hampered, threatened and deceived by a corrupt Mexican governor, manipulative Indian chiefs, devious white men and murderous raiders. By the time Sam catches up with the two captive girls, he is faced with a surprise that confounds him and leads to murder. Blevins is a master of mountain man lore, and he certainly knows the beaver and buffalo hide business, as well as the politics of the region and era. Loaded with action, drama, vivid descriptions and colorful historical characters, this is a whopper of a western yarn.