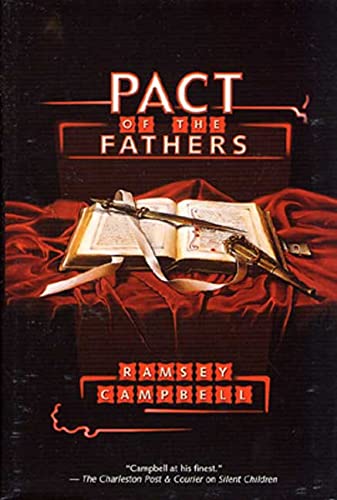 PACT OF THE FATHERS

A father's betrayal of his child and a heritage of horror on a potentially biblical scale propel the plot of this absorbing new thriller from a leading laureate of terror fiction. Acting student Daniella Logan is devoted to her father, and this adds to her burden of grief when he dies in a suspicious car crash at the novel's outset. The night of his funeral she inadvertently frightens a coven of knife-wielding men away from their inscrutable ritual at his graveside. Daniella's stubborn persistence investigating both events leads to the unsettling discovery that her dad may not have been the man she thought he was—and worse, that his surviving friends are inexplicably conspiring to silence her. En route to the revelation of their unthinkable motives, she uncovers an ominous pattern of child deaths in their families, chances on an alternate exegesis of myths of pagan sacrifice encoded in the Bible, and endures a stay in the Greek Islands that turns slowly from safe refuge to menacing imprisonment in the company of one of her father's most dependable cronies. Campbell () tantalizes the reader with irresistible hints of occult machinations, but his true achievement is the depiction of Daniella's hitherto secure world dissolving into a paranoid nightmare where the people whom she depends on most prove the ones she can least trust. The novel's sinister B-movie imagery and sleekly paced frights put a dark gloss on what is ultimately a haunting reflection on the differences that painfully divide parents from children and the intransigence of the older and younger generations.