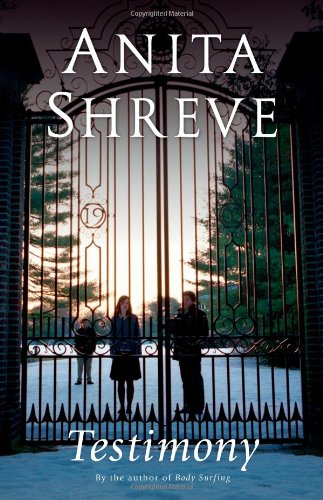 Shreve’s novels ( ; ) benefit from propulsive plots, and her mixed latest, with its timely theme of debauchery among children of privilege, does not lack in this regard. The first paragraph foreshadows a tragedy in which three marriages are destroyed, the lives of three students at a private school in Vermont are ruined, and death claims an innocent victim. The precipitating event is a sex tape involving three members of the boys’ basketball team and a freshman girl. Beginning with an account of the debacle by the Avery School’s then headmaster, and segueing to the voices of the participants in the orgy, plus their parents and others touched by the scandal, the narrative explores the widening consequences of a single event. Shreve’s character delineation is astute, and the novel’s moral questions—ranging from the boys’ behavior to the headmaster’s breach of legal ethics to the guilt of those involved in the death—are salient if heavy-handed, while the female characters are “wicked” in the way women have always been stereotypically portrayed. The novel is clever, but the revolving cast of narrators often feels predictable and forced, keeping the novel on the near side of credible.