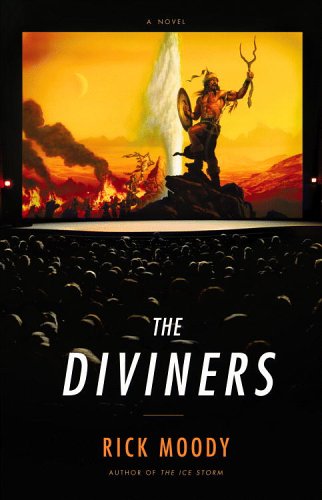 Let it be said that Moody never suffered for want of ambition. Ostensibly about the exploits of Vanessa "Minivan" Meandro—an overweight, pathologically cruel film-and-television producer, and her attempts to produce a 13-part miniseries about diviners—Moody's latest tome follows the tangentially connected stories of at least a dozen characters around the time of the 2000 election recount. Vanessa has no idea who authored the treatment or the novel the miniseries is supposedly based on; her accountant absconds with her production company's funds; her mother suffers delusions brought on by nonstop drinking. Meanwhile, a second-rate action film star is making demands, a television executive has a perversion for young, handicapped girls and a bike messenger may have murdered the gallery curator who touted his art as genius. The point: if Hollywood is a vision factory, these are its false diviners. They are all very well drawn (and the list goes on). But there's more: the portentous first chapter (which indulges in 11 pages of inert descriptions of the sun rising at every point across the globe), the book's end-of-Clinton-era setting and its relentless dissection of L.A.'s capitalist fantasy mentality reach toward summative critique of an era à la . But Moody ends up having more to say about narcissism in its infinite vicissitudes than he does about its effects. .