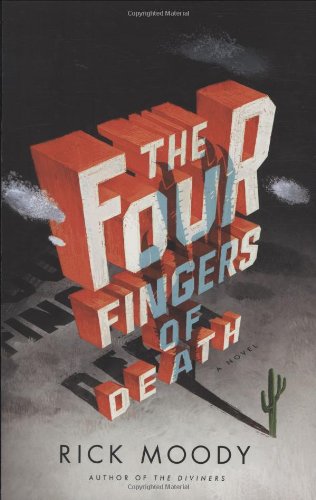 The Four Fingers of Death

No amount of familiarity with Moody's body of work will prepare a reader for this distressingly impertinent exercise in bafflement. The plot originates in 2024 with Montese Crandall, a blocked writer whose list of woes includes a wife in a coma and an unsavory passion for baseball cards featuring bionically enhanced players, and whose major success is winning the right to author the novelization of the remake of the 1963 horror flick . The novelization, then, basically is the book. First, we have the space diaries of Col. Jed Richards, whose mission to Mars goes awry amid machete-wielding colonists, homoerotic encounters with fellow astronauts, and an insidious bacteria. Next, we're back on Earth, swept up in NASA's efforts to curtail the murderous swath of the mission's sole survivor: Colonel Richards's severed arm. All the while, Crandall clears his chest of everything from primate sexuality and megachurches to Mexican wrestlers. The comedy of catharsis ought to be whacked-out good fun. Instead, it is desperately and exceedingly annoying. To accuse Moody's book of inanity is like calling a B-movie's production values thrifty; the inanity is the point.