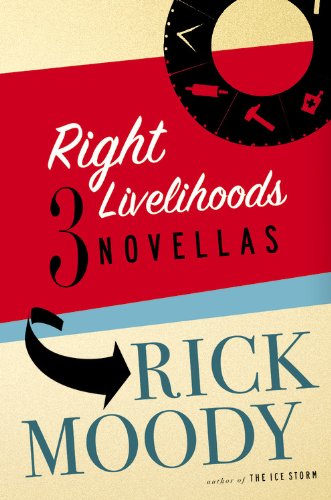 Heavily influenced by post-9/11 paranoia, Moody's mostly successful trio of novellas pits its wayward characters against conspiracies sometimes entirely imagined. Dr. James Van Deusen, the loquacious, alcoholic, patently unreliable narrator of "The Omega Force," relies on his background in a "cabinet-level agency" and a mass market thriller to unravel a murky plot that, in his hobbled head, involves locals and a group of "dark-complected" individuals targeting the Plum Island Animal Disease Center. "K&K," the weakest of the three, takes the hidden tensions of a small insurance brokerage's office to an absurd level as office manager Ellie Knight-Cameron investigates a string of bizarre anonymous suggestions left in the office's suggestion box. Ellie's obsession isn't quite believable, and the novella ends abruptly, as if Moody gave up on it. "The Albertine Notes," the strongest piece in the book, describes a future New York after a dirty bomb destroys much of Manhattan. Kevin Lee fills his reporter's notebook for a story about the new drug of choice, Albertine, which transports users into their most pleasurable memories. Kevin succumbs to Albertine as well, and the layering of hallucination and reality that follows demonstrates why Moody has a reputation as a deft stylist. Two out of three ain't bad.