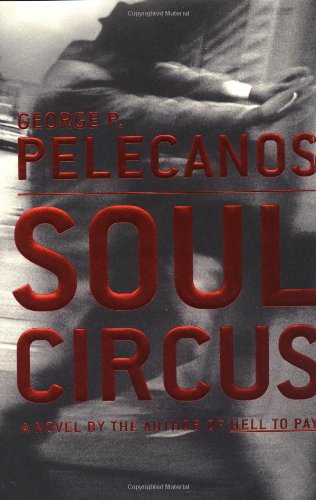 PI Derek Strange continues to prowl the South East quadrant of Washington, D.C., in Pelecanos's 11th novel (after ), which caroms madly and brilliantly between warring drug crews, opportunistic gun dealers and intimidated witnesses. Strange is hired by lawyers defending Granville Oliver, a murderous high-profile drug dealer now headed for death row. Strange has to locate a reliable witness who could earn Granville a commutation to life in prison. His best bet is Devra Stokes, the former girlfriend of Philip Wood, a deputy drug dealer who had worked under Oliver and testified against his boss. Stokes filed a brutality complaint against Wood, and Strange might be able to cast doubt on Wood's credibility, if he can only find the disgruntled ex-girlfriend. Strange is growing weary of the dejection in this neighborhood, of fatherless black boys who become gullible thugs who go on to orphan another generation. But the real crime, Pelecanos suggests, is the ready supply of firearms ("Simple as buying a carton of milk. And you didn't even need big money to do it... the community could chip in to buy one. What they called a neighborhood gun"). These guns, Pelecanos reminds us, are wielded by little more than children who want to impress their friends. Dewayne and Mario Durham, teenaged brothers trying to work their way up the ladder of thugdom, are prime examples, and Mario's blind allegiance to his smarter younger brother has terrible consequences. The ensemble cast also includes charismatic mercenary gun dealer Ulysses Foreman. Foreman and Strange are the oldest characters in the cast, and as the body count rises, Pelecanos keeps readers guessing as to who will bow first. This is vintage Pelecanos, with characters to remember, dialogue that rocks, an unsentimental, kinetic tableau of the D.C. underworld and, most of all, a conscience.