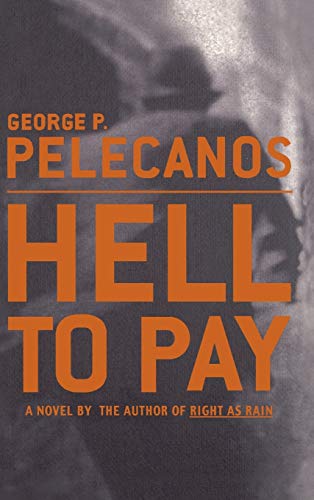 You know you're in Pelecanos country when the music begins early—a trio of street thugs on their way to a dogfight listen to "the new DMX joint on PGC, turned up loud"—and continues to throb all the way through this second book in the author's hardboiled and heartbreaking series centered around Washington, D.C., private detective Derek Strange. A black man in his 50s, Strange first notices these particular thugs when they hang out around a Pee Wee football team he is coaching. Their appearance comes to seem more sinister in retrospect, when Strange's nine-year-old star quarterback is shot and killed at an ice cream stand. While Strange hunts for the men who shot the boy, his partner, Terry Quinn, an Irish Catholic ex-cop, gets pulled into an attempt to save a young runaway turned prostitute from a big-time pimp and falls for one of the tough women organizing the rescue. Meanwhile, Strange goes through a rocky period with his longtime lover (and secretary) Janine, forced to consider what his massage-parlor habit is doing to their relationship. The novel's turf—the nontourist parts of Washington, D.C., neighborhoods where so many young black children die that selling T-shirts with their pictures on them at their wakes and funerals has become a cottage industry—was staked out successfully in Pelecanos's earlier books about the sons and grandsons of Greek immigrants and now is extended to focus chiefly on the District's black majority. It is Pelecanos's intimate understanding of this volatile D.C. and the complexity of Strange—a rich, sometimes frustrating but always warmly human character—that should keep this series fresh for a long time to come.