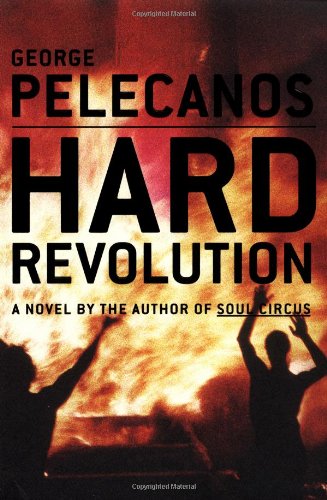 The author's admirers are familiar with middle-aged black PI Derek Strange, featured in several novels ( , etc.) so strong that one critic has dubbed Pelecanos the Zola of contemporary crime fiction. This memorable tale is a prequel to those novels, set in Washington, D.C., mostly just before and during the 1968 riots sparked by the killing of Martin Luther King Jr. The first few chapters, though, unfold in 1959, introducing major characters whose paths will entwine later: Derek—who's nabbed for shoplifting but given a break that will set his life on a (more or less) law-abiding path—and his older brother, Dennis; their hardworking parents; and some ancillary figures. By 1968, Derek is a young cop partnered with a white guy; Dennis is a pot-smoking slacker; and many of their acquaintances from '59 are working dead-end jobs with an eye toward crime. The ensuing narrative swirls around two scenarios: a plan by Dennis and two street-thug pals to rob a local Greek-owned store (Pelecanos wrote extensively about D.C.'s Greek community in early novels, and many of the nonblack characters here are Greek-American) and a plot by three young white hoods to rob a bank, but only after they drunkenly kill a young black man for sport. The action is fueled by the heat of race relations, which Pelecanos explores with acuity—particularly in his portrayal of Derek, who as a black cop is considered an enemy by many other blacks. Written in rich, observant prose, the novel is a brilliant study of a society tearing apart as racial tensions escalate after the King killing; no wonder some observers have pointed to Pelecanos as the kind of thriller writer who should be nominated for a National Book Award.