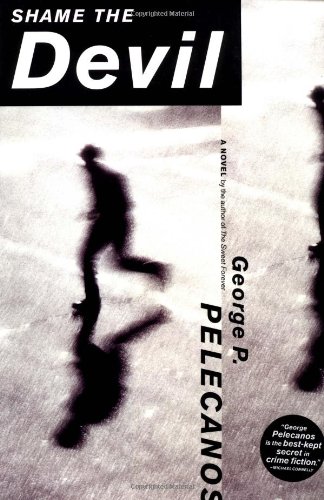 When the shooting stops on a blistering summer day at May's Pizza Parlor in Washington, D.C., in 1995, five people lie dead, a policeman is left crippled and robber Frank Farrow speeds off with his loot and not a trace of regret. But Farrow, the main villain in Pelecanos's fine new addition to his hard-boiled lineup, still isn't satisfied. He wants to return to finish off the injured cop, who killed Farrow's brother during the shoot-out. Farrow doesn't anticipate, however, the burning desire for revenge harbored by the family and friends of those butchered in the notorious pizza bloodbath. Chief among them is 50-ish Dimitri Karras, whose five-year-old son died when he was mowed down by the getaway vehicle Farrow was driving. Now, three years later, Karras is just getting his life back together, much like the other survivors, all of whom meet regularly to share their grief and soothe their torment. By chance, Karras teams up with Nick Stephanos, a freelance investigator who finds out Farrow is back in town to exact his twisted vengeance. Stephanos tries to dissuade Karras from tracking down Farrow, but even he understands the urge for retaliation. Karras and Stephanos, who have starred in several of Pelecanos's earlier books (King Suckerman; The Sweet Forever), deepen considerably as characters in this hard-driving story of heartache, Stephanos's adjustment to the new-found maturity of middle age and Dmitri's search for some small relief in revenge. Set against a backdrop of greasy-spoon diners, church basements, dive bars and sparsely furnished apartments, the narrative is unsettlingly harsh yet captivatingly tender, the gritty back-and-forth of everyday urban life vividly etched. 11-city author tour. (Jan.)
close
Details