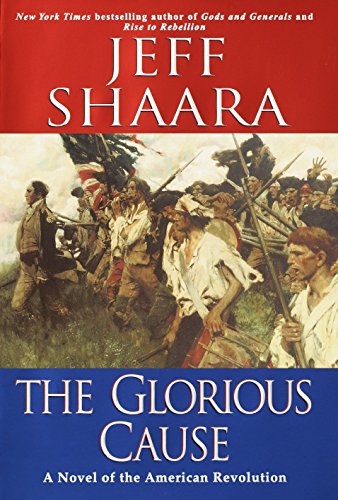 Shaara's hefty fifth novel, the second in a two-volume series about the American Revolution, is an epic saga of what Shaara calls our first civil war and the first truly world war, told with emotion, energy and historical precision. Using the formula of character-driven fiction employed by his father, Michael Shaara (), Jeff Shaara presents the dramatic history of the revolution as seen through the eyes of the major players. In describing the battles, skirmishes, victories, defeats, blunders, intrigues, treason and bickering, Shaara illuminates the circumstances whereby a rebel collection of motley amateurs dared to confront a mighty empire and its vaunted army. The narrative establishes immediacy in its colorful profiles of the participants. Shaara depicts George Washington as a general whose force of will and strong character earn the loyalty of soldiers who are defeated by the British again and again. Washington's relationships with other principals are profound and surprising. Having regarded Gen. Charles Lee as a friend, he is stunned by the behavior of his second-in-command on the battlefield and behind his back. He thinks highly of Gen. Nathaniel Greene and the Marquis de Lafayette, and neither will disappoint him. Having enjoyed the "pleasantly sociable" company of Benedict Arnold, Washington discovers too late that there are two traitors at West Point. He also learns firsthand how "Mad Anthony" Wayne earned his nickname. Shaara takes equal pains to characterize the British, men like dawdling Gen. William Howe, arrogant Henry Clinton and the capable but hapless Charles Cornwallis. This is vivid and compelling historical fiction, but also a primer on leadership and the arts of war and diplomacy. Shaara reaches new heights here, with a narrative that's impossible to put down.