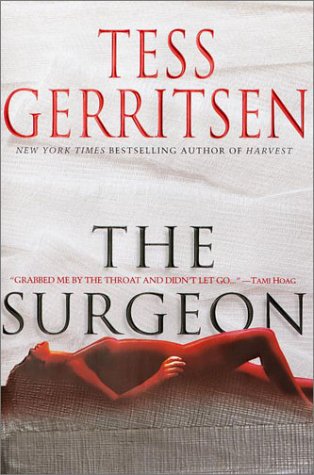 A creepy cerebral serial killer vaguely reminiscent of Hannibal Lecter pursues a charismatic female doctor in this thoroughly satisfying if somewhat derivative thriller. Skillfully drawn surgical backdrops sizzling with intensity balance out the obligatory romantic intrigue and familiar plucky police professionals, attesting to Gerritsen's authentic medical expertise as a former physician. Dr. Catherine Cordell, the main character in this chilling tale, thought she had shot and killed her rapist and would-be murderer two years earlier in steamy Savannah, where he was a surgery intern at her hospital. Now, in Boston, as another hot summer begins, he appears to have miraculously returned and embarked once again on his grisly mission: he rapes women, then surgically removes their wombs. As two intrepid detectives—Thomas Moore and Jane Rizzoli—investigate, Cordell begins to doubt her own memories (or lack of) and discovers that not even her OR is safe. Gliding as smoothly as a scalpel in a confident surgeon's hand, this tale proves that Gerritsen (; ; ; ), originally a romance writer, has morphed into a dependable suspense novelist whose growing popularity is keeping pace with her ever-finer writing skills.