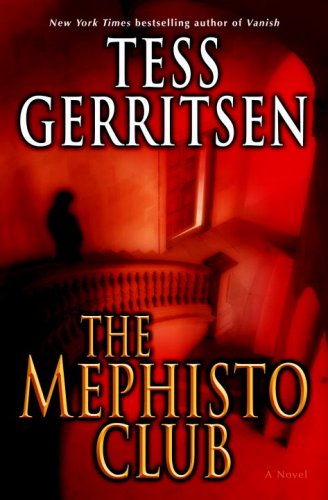 In this brisk, deftly plotted thriller from bestseller Gerritsen ( ), Boston medical examiner Maura Isles and police detective Jane Rizzoli look into the murder of 28-year-old Lori-Ann Tucker, whose body is found Christmas morning in her apartment amid an unholy mess of severed limbs, black candles and satanic symbols rendered in blood. "Peccavi," reads one word scrawled across Tucker's wall—Latin for "I have sinned." Isles and Rizzoli must sort sinner from innocent among suspects who can be found on several continents and include a group of sophisticates—scholars, an anthropologist, a psychiatrist—who are either cult members or crusaders against evil straight from the pages of Revelation. Other murders follow, all gruesome, all involving apocalyptic messages. On occasion, the action shifts to Europe, to a young woman running from a man she's convinced is descended from a race of fallen angels. Gerritsen has a knack for stretching believability just short of the breaking point—and for amassing details that produce an atmosphere in which the most terrible possibilities can and, indeed, should occur.