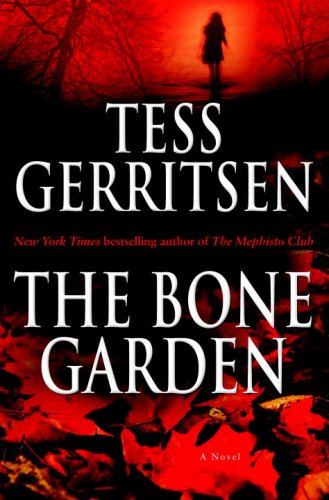 At the start of this disappointing stand-alone thriller from bestseller Gerritsen ( ), 38-year-old divorcée Julia Hamill discovers a skeleton buried in the garden of the Boston house she’s just moved into; the ring found with the remains was in fashion in the 1830s, the fractured bones suggest murder. Flashback to 1830: medical student Norris Marshall, an outcast among his wealthier classmates, meets Rose Connolly in a Boston maternity ward, where Rose’s sister recently died of childbirth fever. When several gutted bodies turn up in deserted alleyways, Rose and Norris are the only ones to catch a glimpse of the killer, dubbed the West End Reaper. Norris, Rose and Norris’s fellow student, Oliver Wendell Holmes, race to uncover the truth behind the slayings, which will remind many of Jack the Ripper’s crimes. In the present, Julia is able to trace their progress with the help of a relative of the house’s former owner. Unfortunately, neither the present nor the historical story line maintains the suspense necessary for a whodunit spanning several generations.