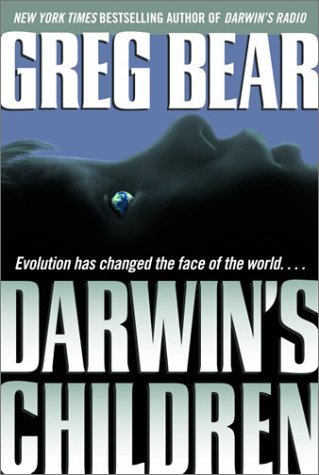 In this masterful sequel to his Nebula Award–winning , Bear takes us into a near future forever changed by the birth of millions of genetically enhanced babies to mothers infected with the SHEVA virus. These children may represent the next great evolutionary leap, but some fear their appearance rings a death knell for traditional humanity. Geneticist Kaye Lang, archeologist Mitch Rafelson and their daughter, Stella Nova, have been hiding from an increasingly repressive U.S. government that wants to put the so-called "virus children" in what are essentially concentration camps. Eventually, the family is captured, and when Mitch resists he's arrested on a trumped-up charge of assaulting a federal officer. In later years, Kaye returns to genetics and Mitch, once he's out of jail, to archeology, but neither gives up hope of finding and freeing their daughter. Meanwhile, Stella, imprisoned but surrounded by her own kind, begins to explore the full significance of what it means to be post-human. Though cast in a thriller mode, like much of Bear's recent work, this novel may contain too much complex discussion of evolutionary genetics to appeal to Michael Crichton or Robin Cook fans. Nonetheless, Bear's sure sense of character, his fluid prose style and the fascinating culture his "Shevite" children begin to develop all make for serious SF of the highest order. (

The Forge of God