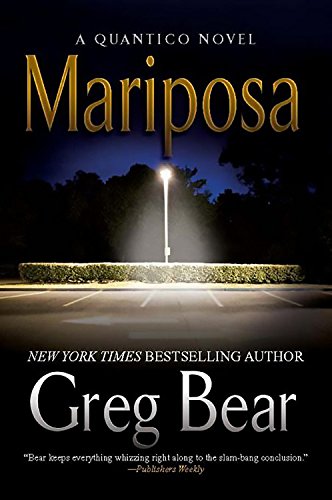 In bestseller Bear's intriguing near-future thriller, a powerful financier stands ready to seize control of America as the nation teeters on the brink of economic collapse. The Texas-based Talos Corp., helmed by CEO Axel Price, specializes in security technology software and the training of mercenaries. Standing between Price and the downfall of America are a few hardy FBI agents, notably Rebecca Rose, one of the stars of the previous book in the series, . Besides the nefarious Price, dangers include a supercomputer, Jones Zero, that may or may not be acting on the side of justice, and the fact that Rebecca and others have been used as guinea pigs for a powerful mind- and body-altering drug, Mariposa. Under less capable hands, the extraordinarily complicated plot, numbers of characters and the constant explanations of future technologies might lead to terminal turgidity, but SF veteran Bear keeps everything whizzing right along to the slam-bang conclusion.