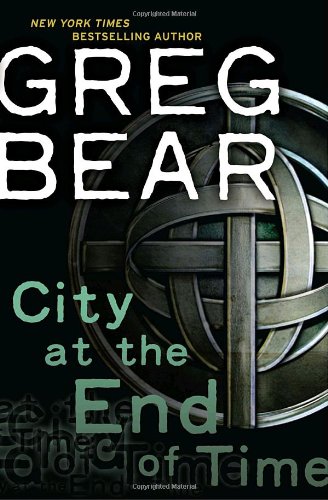 In his triumphant return to large-scale SF, Nebula and Hugo–winner Bear ( ) links three young drifters in present-day Seattle with an unimaginably distant future. When the drifters answer an odd newspaper advertisement, they soon find themselves caught up in a war between mysterious and powerful forces. Two not-quite-humans, creations of a million-year experiment, have discovered that their ancient fortress/city, perhaps the last refuge of intelligence in a dying universe, is about to fall before the onslaught of chaos. They have been chosen by beings evolved far beyond mere matter to undertake a dangerous mission to preserve the universe's last vestiges of consciousness. Somehow the two groups engage in telepathic communication despite the eons that separate them. Something of an homage to William Hope Hodgson's classic , this complex, difficult and beautifully written tale will appeal to sophisticated readers who prefer thorny conundrums to fast-paced action.