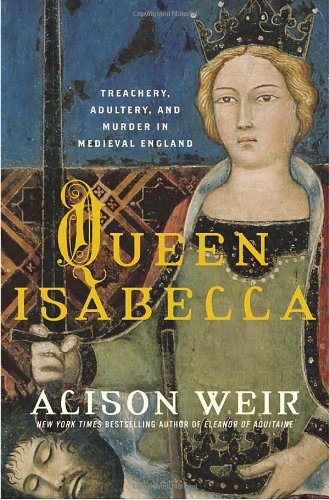 Isabella of France (1295?–1358) married the bisexual Edward II of England as a 12-year-old, lived with him for 17 years, bore him four children, fled to France in fear of his powerful favorite, returned with her lover, Roger Mortimer, to lead a rebellion and place her son on the throne and eventually saw Mortimer executed as her son asserted his power. Veteran biographer Weir ( , etc.) battles Isabella's near-contemporaries and later storytellers and historians for control of the narrative, successfully rescuing the queen from writers all too willing to imagine the worst of a medieval woman who dared pursue power. Weir makes great use of inventories to recreate Isabella's activities and surroundings and, strikingly, to establish the timing of the queen's turn against her husband and her probable ignorance of the plot to kill him. Weir convincingly argues that the infamous story of Edward II being murdered with a red-hot iron emerged from propaganda against Isabella and Mortimer. (Her unlikely assertion that Edward escaped and lived out his life as a hermit is less believable.) Weir presents a fascinating rewriting of a controversial life that should supersede all previous accounts. Isabella is so intertwined with the greatest figures of her century and the next that any reader of English history will want this book. Maps not seen by . .