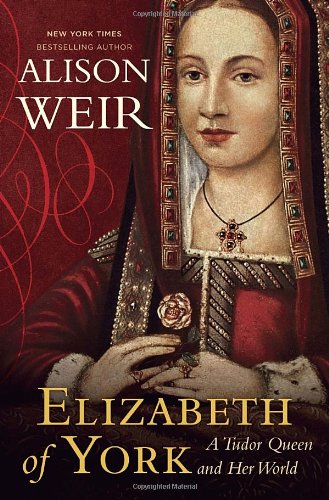 Elizabeth of York: A Tudor Queen and Her World

Best known as the mother of Henry VIII, Elizabeth of York (1466–1503) is also the ancestor of the English, Scots, and British monarchies that commenced in 1509, 1513, and 1603, respectively. Weir (Mary Boleyn: The Mistress of Kings) conveys how, as a royal princess, Elizabeth was a pawn in the dynastic ambitions of England’s rulers: her father, Edward IV; her uncle, Richard III; her mother-in-law, Margaret Beaufort; and her husband, Henry VII, whose claim to the English throne was inferior to her own. Betrothed to the Dauphin of France at age 11, Elizabeth was—after the death of her father in 1483—even rumored to be a possible match for Richard III, usurper of Edward V’s throne and responsible for the murder of Elizabeth’s two younger brothers. Weir, an authority on 15th- and 16th-century English history, revises some of her previous thinking regarding the fate of the princes in the Tower of London, but the major focus is Elizabeth’s life, portrayed in great detail, from marriage ceremonies and royal itineraries to the food, books, gifts, and clothing of her day. Weir argues her positions clearly and, in balancing the scholarly with emphases on Elizabeth’s emotional and psychological life, she should reach a wider audience than traditional histories. Illus. Agent: Julian Alexander, Lucas Alexander Whitley (U.K.). (Dec.)
close
Details