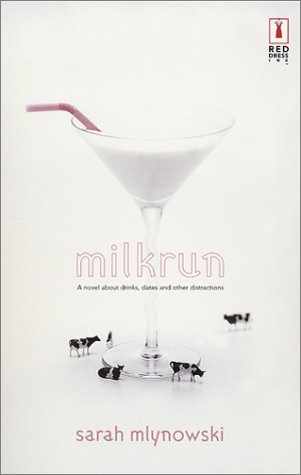 For readers who have not yet tired of the Bridget Jones genre, this entertaining debut represents it with both humor and substance. Twenty-five-year-old Jackie Norris lives in Boston and has been on her own since receiving a breakup e-mail from her boyfriend, Jeremy, who traveled to Thailand to "find himself." Adhering to the first of her five steps of breakup recovery, Jackie slips on a new pair of knee-high black leather boots and jumps back into the dating scene. The men she encounters are, much to the dismay of any female reader, utterly recognizable: the hunk with groping hands, the sensitive poet who can't afford to move out of his ex-girlfriend's apartment and the guy whose sexual performance is practically over before it begins ("Four minutes is a music video. Four minutes should not be sex"). But in spite of it all, Jackie maintains a refreshing level of optimism. Mlynowski is acutely aware of the plight of the 20-something single woman—she offers funny dialogue and several slices of reality, including a chapter of e-mails sent by Jackie's circle of friends as they attempt to decipher the male psyche. Any woman who's ever been bored by an unfulfilling job (Jackie copyedits romance novels), jealous of a roommate who has it all together (Jackie's roommate has a full-time boyfriend and regularly cleans her bathroom) or thoroughly perplexed by boy-speak will find something to enjoy here. Mlynowski may not be able to provide all the solutions, but she certainly makes the problems fun.