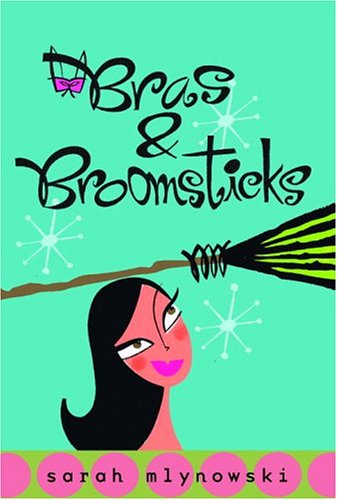 Although its premise is not altogether original, Mlynowski's ( ) novel starring a teenage witch, told from the point of view of her 14-year-old mortal sister, offers plenty of laughs and some deliciously complicated predicaments. The fun begins when narrator Rachel learns that her "vegetarian, socially inept" 12-year-old sister, Miri, has suddenly developed magical powers. Oddly enough, she apparently has inherited them from the girls' divorced, rather mundane mother, who admits she "excommunicated [herself] from the witchcraft community" a long time ago. Their mother forbids Miri to cast spells until she undergoes a year of witch training, but the girl is eventually persuaded by her scheming sister to test her spell-casting abilities by helping Rachel become a flawless dancer, win a spot in a fashion show and capture the attention of a cute boy named Raf. All too soon, however, the girls discover that messing with fate can have dire consequences, especially when they attempt to put a halt to their father's upcoming wedding. While the outcome of the story is fairly predictable, Rachel and Miri have enough depth, morals—and flaws—to draw sympathy from readers and keep events interesting. The book's open ending suggests that more pleasingly far-fetched scenes await, but readers will have to hold out until next year for the sequel, Ages 12-up.