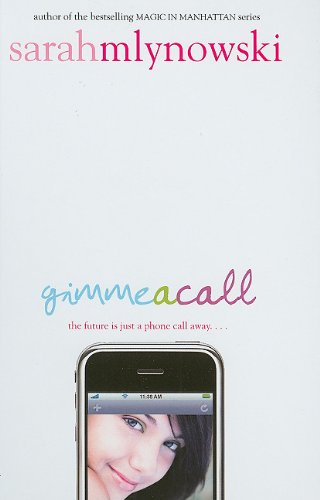 Teens who long to fix past mistakes can do so vicariously in Mlynowski's (the Magic in Manhattan series) farcical fantasy. After retrieving her cellphone from a fountain, high school senior Devi discovers the only person she can call is herself—three years earlier. She immediately sees this as a way to warn herself not to get involved with the boyfriend who will break her heart. Freshman Devi is reluctant to take the advice of a “Crazy Stalker Girl” from the future, but eventually decides to change her fate by refusing to date a cute baseball player, forming a tighter bond with her girlfriends, and trying to persuade her father to quit his job before he gets laid off. As Devi strives to rewrite her history, unexpected mishaps occur. Switching between each Devi's perspective, the book delivers a mixed message about meddling with fate, showing that taking charge of one's life is important but indicating that some things—like falling in love—are destined to happen. Nonetheless, Devi's frenzied attempts to better herself create some funny moments and a touching conclusion. Ages 12–up.