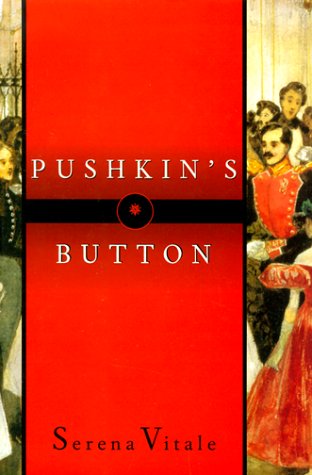 Vitale's reconstruction of Alexander Pushkin's 1837 dueling death--the poet had employed the most provocative terms in accusing an insolent French officer of dallying with his wife--brings to life the vulgar yet aristocratic milieu of St. Petersburg, not the Russian literary giant himself. In this titillating, lurid recounting, the capital of the czarist state is riven by secrets and intrigues, amused by slander and scandal, and sustained by undeserved status and unearned wealth. Everyone writes malicious, tattling letters, no one throws any of them away, and Nicholas I's Third Section reads every one. In Pushkin's last months he was desperate for funds and maddened by the feud over his young, frivolous and beautiful wife. Vitale draws her evocation of this time largely from tale-bearing correspondence written or received by both the poet's eventual killer, the apparently bisexual Georges d'Anthes, and the homosexual Dutch ambassador Jacob van Heeckeren, who, doting on d'Anthes, went so far as to adopt him. In this tale, told as a mystery unfolding from contemporary records, Vitale (an Italian scholar of Russian literature) spares no trivia about the ""narrow-minded province of gossips, vultures, [and] voyeurs, whose unyielding, deadly rituals Pushkin not only declined to shun but actively, zealously, took part in."" If her prose purples, at least as rendered in this translation, it seems utterly appropriate to the gaudy salon setting and to Pushkin's yet tawdry demise. (Feb.)
close
Details