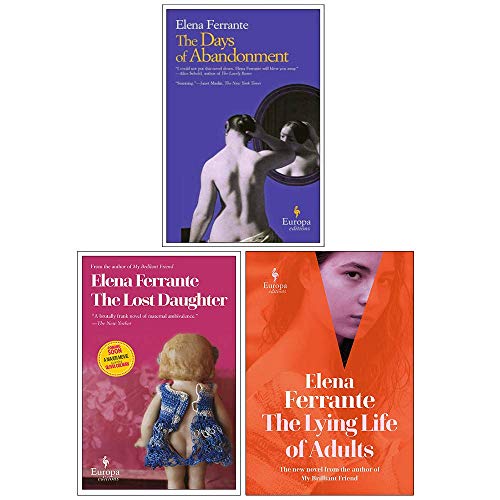 The Days of Abandonment

Once an aspiring writer, Olga traded literary ambition for marriage and motherhood; when Mario dumps her after 15 years, she is utterly unprepared. Though she tells herself that she is a competent woman, nothing like the (poor abandoned wife) that mothers whispered about in her childhood, Olga falls completely apart. Routine chores overwhelm her; she neglects her appearance and forgets her manners; she throws herself at the older musician downstairs; she sees the ghost. After months of self-pity, anger, doubt, fury, desperation and near madness, her acknowledgments of weaknesses in the marriage feel as earned as they are unsurprising. Smoothly translated by editor Goldstein, this intelligent and darkly comic novel—which sat atop Italian bestseller lists for nearly a year, has been translated into 12 languages and adapted for an Italian film slated for 2006 release—conveys the resilience of a complex woman. Speculation about the identity of the pseudonymous Ferrante, whose previous novel is scheduled for 2006 release by Europa, has reached Pynchon-like proportions in Italy.