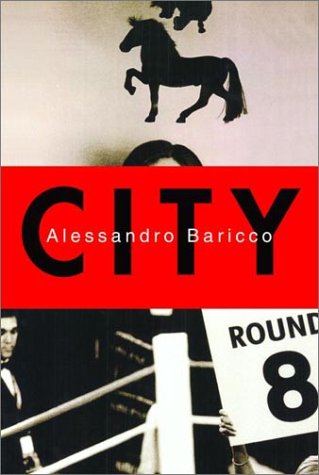 Baricco struggles to regain the magic that made an international bestseller in this disappointing follow-up set in the U.S. and starring a precocious 13-year-old named Gould, who finds himself losing his childhood amid the demands of life as a mathematical genius. Left alone in the wake of a family meltdown that cost his mother her sanity, Gould turns to flighty, 30-ish Shatzy Shell, who becomes the boy's governess. Their friendship starts as an exchange of innocent fantasy stories, with Gould's consisting of a series of imagined fights involving a heroic boxer, while Shell chips in with her lifelong desire to make a Western. Baricco spends the bulk of the book exploring the effects of Gould's baroque academic life on his development. The climax involves a fellowship award allowing Gould to go to Europe to perform advanced research, but he buckles at the prospect of leaving his cloistered, quaint life and disappears, allowing Baricco to explore the boy's upbringing when his father arrives for an emergency visit. Baricco writes a few engaging, entertaining scenes, but he can't get the sparks to fly with his two protagonists, and the fantasy subplots used to explore their ambitions remain murky and lifeless. The author never delves into Gould's mathematical world, either, making his protagonist seem more like a helpless savant than someone with the intellectual capacity to dominate a complex field. This book has some touching moments, but as a novel it never quite comes together.