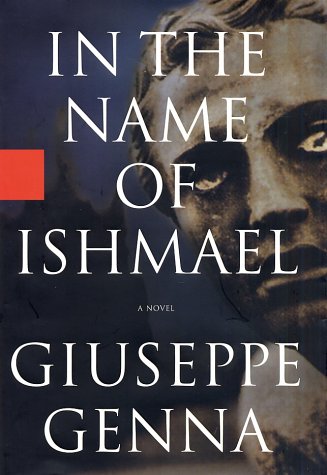 IN THE NAME OF ISHMAEL

A terrorist gang headed by the mysterious Ishmael of the title is the target of two police investigations, one in 1962 and the other in 2001, in this intricate novel of suspense and intrigue set in Milan. As Genna spins his linked stories of murder and organized crime, he weaves a web of mind games, trickery and looming threat. In 1962, the body of a 10-month-old baby boy is found on a rugby field, a "homicide with a sexual component." Inspector David Montorsi, charged with the investigation, is particularly troubled by the case because his wife, Maura, is pregnant with their first child. As he draws closer to the ring of terrorists who seem the likely perpetrators, he and his wife are entangled in their deadly schemes. In 2001, a simple murder leads Inspector Guido Lopez to an underworld of sadomasochism associated with the still-unidentified Ishmael. Meanwhile, the international participants in an economic conference—including Henry Kissinger, who is revealed to play a sinister role in Genna's tale—converge on Milan. The double plot is clever, but often unnecessarily tangled and burdened with lengthy philosophical musings. By the time the two investigations finally converge and the criminal, political and spiritual aims of Ishmael are revealed, many readers will feel stifled by the dense web of conspiracy and counter-conspiracy.