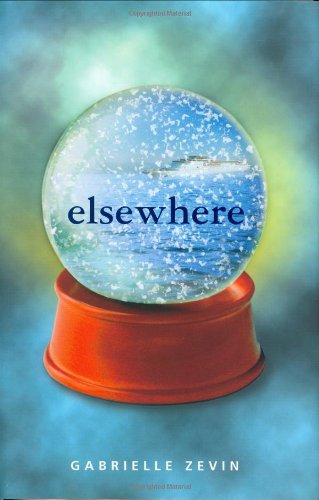 Even readers who have strong views on what happens after death may find themselves intrigued by the fascinating world of "Elsewhere," the place 15-year-old Liz ends up after she is killed in a bicycle accident. A surreal atmosphere permeates chapter one as Liz awakens on a ship (mostly occupied by elderly people), unaware of its destination. Her situation gradually comes into focus after she arrives at the island of Elsewhere and is greeted by her grandmother, who died before Liz was born. Liz learns that the aging process works differently in this land of the dead: instead of getting older, humans (and animals) grow younger. When they reach infancy, they are sent down the River to be reborn on Earth. In other ways, Elsewhere resembles the world Liz left behind; residents work at jobs (although here, everyone has a chance to pursue an "avocation... something a person does to make his or her soul complete"), celebrate holidays and form friendships. Liz also falls in love for the first time, while her grandmother (who has progressed back to her thirties) becomes engaged to a famous rock star; and readers will likely be intrigued by the "strictly forbidden" Well. Prudently skirting the issue of God's role in Elsewhere (when she asks about God, Liz is told simply "God's there in the same way He, She, or It was before to you. Nothing has changed"), author Zevin, in her first novel for young people, bends the laws of physics and biology to create an intricately imagined world. Ages 12-up.