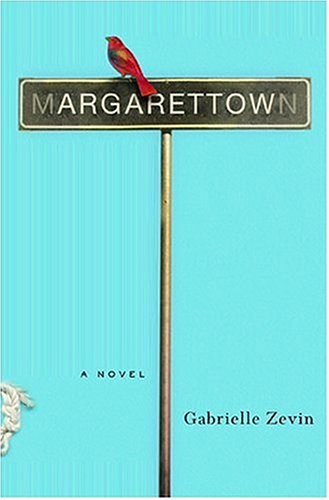 An unusual telling of boy-meets-girl, Zevin's debut reiterates female complexity through a husband and daughter's experiences with one surprising woman. N., the earnest narrator, describes meeting captivating, mercurial Maggie Towne when he's a grad student. They travel to her childhood home, Margarettown, where he finds no inhabitants save women named Margaret: there's giggling girl May, sullen teenager Mia, bitter middle-aged Marge, wise elderly Old Margaret and suicidal artist Greta, conspicuous by her absence. It's not giving much away to reveal that these women are all Maggie herself ("you won't find a woman in the world that doesn't have a couple other women inside her," she says), though whether Margarettown is a real place or N.'s invention is left in doubt. While the book's first half concerns N.'s struggles to love and understand the various manifestations of Margaret, the end belongs to their daughter, Jane, who reads her father's version of her parents' courtship after they both have died. In between, subplots—about N.'s happy-go-lucky guardian, Margaret's and N.'s adulteries, and N.'s rejected former girlfriend, who eventually falls for N.'s sister, Bess, and raises Jane with her—sometimes feel like padding on a conceit that would have been better expressed in a short story. But the story is darkly whimsical and Zevin's writing is both playful and touching.