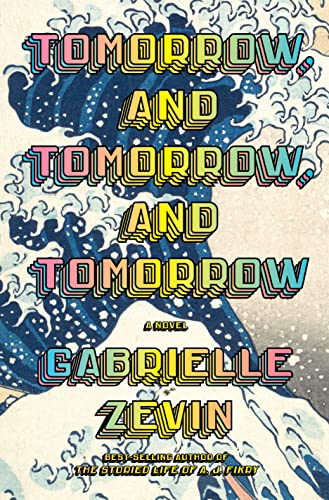 Zevin (Young Jane Young) returns with an exhilarating epic of friendship, grief, and computer game development. In 1986, Sadie Green, 11, visits a children’s hospital where her sister is recovering from cancer. There, she befriends another patient, a 12-year-old Korean Jewish boy named Sam Masur, who has a badly injured foot, and the two bond over their love for video games. Their friendship ruptures, however, after Sam discovers Sadie’s been tallying the visits to fulfill her bat mitzvah service. Years later, they reconnect while attending college in Boston. Sam is wowed by a game Sadie developed, called Solution. In it, a player who doesn’t ask questions will unknowingly build a widget for the Third Reich, thus forcing the player to reflect on the impact of their moral choices. He proposes they design a game together, and relying on help from his charming, wealthy Japanese Korean roommate, Marx, and Sadie’s instructor cum abusive lover, Dov, they score a massive hit with Ichigo, inspired by The Tempest. In 2004, their virtual world-builder Mapletown allows for same-sex marriages, drawing ire from conservatives, and a violent turn upends everything for Sam and Sadie. Zevin layers the narrative with her characters’ wrenching emotional wounds as their relationships wax and wane, including Sadie’s resentment about sexism in gaming, Sam’s loss of his mother, and his foot amputation. Even more impressive are the visionary and transgressive games (another, a shooter, is based on the poems of Emily Dickinson). This is a one-of-a-kind achievement. Agent: Doug Stewart, Sterling Lord Literistic. (July)
close
Details