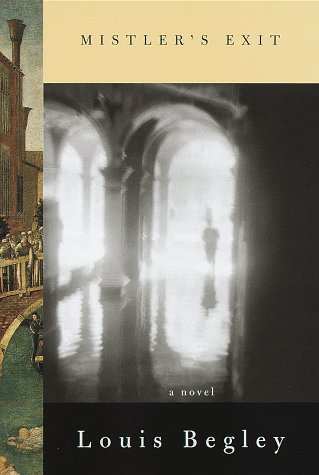 There is perhaps no more worldly novelist writing today than Begley: worldly in his attention to class, wealth and sex, but most of all in his attention to pleasure in the face of death. So when his latest protagonist, Thomas Mistler, ruthless captain of a huge advertising firm, learns that he has cancer of the liver, he decides not to fight it and not to tell his wife or son about it immediately but, instead, to go to Venice, ""the one place on earth where nothing irritated him,"" on a clandestine solo vacation. There he has--as Begley heroes do--a series of disquieting sexual adventures (in this case parodies of the erotic epiphany of Thomas Mann's Aschenbach), which bring home to us, if not to Mistler, his essential loneliness. In certain ways, this slim novel seems a pendant sketch to Begley's recent masterpiece, About Schmidt, another study of an aging, philandering gentleman's failures to connect. But this sketch presents enigmas of its own. Begley's dialogue, always highly starched, now sounds epistolary, as if carried on at a distance of miles and days. His hero's luxurious solipsism calls to mind not just Begley's constant great familiars (among them Mann, Jouve, Proust, James, Ford Madox Ford and Nabokov) but the random glamour of an Antonioni film, in which characters appear like emanations, free of the normal exigencies of plot. Even amid the palazzos and great churches of his vividly conjured Venice, Begley displays the bitter moral intelligence, the fear of emptiness, that has distinguished his late, extraordinary career from the start. Once again he has created a sinister, highly ambiguous protagonist in a haunting, ambivalent work of art. Author tour. Agent, Georges Borchardt. (Sept.)
close
Details