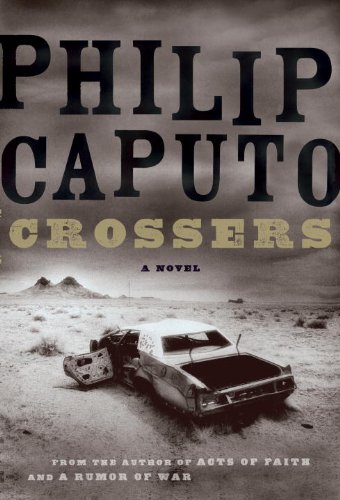 The fallout between public and private distinctions of war is just one of the border disputes haunting Pulitzer-winner Caputo's gorgeously stark latest. Inconsolable after the loss of his wife on 9/11, Gil Castle leaves New York for his family's Arizona ranch, San Ignacio, overlooking the Mexican border. But San Ignacio proves to be “a pretty place where some ugly things happen,” and Gil's discovery of a Mexican illegal, left for dead after a border-crossing deal gone awry, soon merges “the world of cattle and horses and operatic landscapes” with the “world of drug lords and coyotes and murder,” whose cast of femmes fatale and tough muchachos includes the Professor—an “agent of history” working both sides of the border and at least two sides of the law—and Yvonne Menéndez, the ruthless leader of the Agua Prieta cartel, whose past may be painfully entwined with Gil's family history. That history is broadly personified in Gil's larger-than-life grandfather Ben Erskine, a legendary deputy sheriff whose adventures emerge in inter-chapter accounts. At first glance, this multifarious book skirts country familiar to readers of McCarthy or McMurtry, but Caputo's west supersedes elemental cowboys and lone justice with the malaise of post-9/11 America and the violence of the Mexican desert—as gruesome as in Iraq—frothing with moral ambiguity and fraught with complicity.