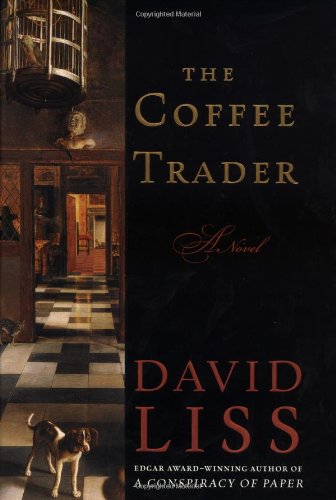 Liss's first novel, , was sketched on the wide canvas of 18th-century London's multilayered society. This one, in contrast, is set in the confined world of 17th-century Amsterdam's immigrant Jewish community. Liss makes up the difference in scale with ease, establishing suspense early on. Miguel Lienzo escaped the Inquisition in Portugal and lives by his wits trading commodities. He honed his skills in deception during years of hiding his Jewish identity in Portugal, so he finds it easy to engage in the evasions and bluffs necessary for a trader on Amsterdam's stock exchange. While he wants to retain his standing in the Jewish community, he finds it increasingly difficult to abide by the draconian dictates of the , the ruling council. Which is all the more reason not to acknowledge his longing for his brother's wife, with whom he now lives, having lost all his money in the sugar trade. Miguel is delighted when a sexy Dutch widow enlists him as partner in a secret scheme to make a killing on "coffee fruit," an exotic bean little known to Europeans in 1659. But she may not be as altruistic as she seems. Soon Miguel is caught in a web of intricate deals, while simultaneously fending off a madman desperate for money, and an enemy who uses the to make Miguel an outcast. Each player in this complex thriller has a hidden agenda, and the twists and turns accelerate as motives gradually become clear. There's a central question, too: When men manipulate money for a living, are they then inevitably tempted to manipulate truth and morality?