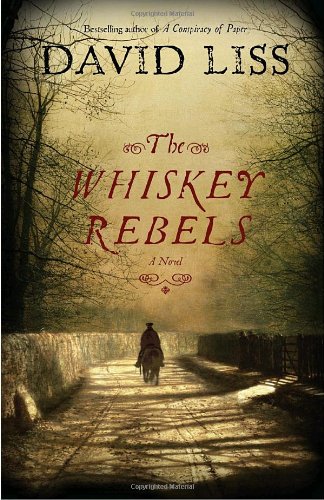 Set in and around Philadelphia, Pittsburgh and New York City in the years after the Revolutionary War, this clever thriller from Liss ( ) follows the adventures of Ethan Saunders, once a valiant spy for General Washington, who’s fallen on hard times by war’s end. Suspected of treason, Ethan has lost the love of his life, Cynthia, who’s married the fiendish Jacob Pearson, an entrepreneur who managed to prosper during the British occupation of Philadelphia. At Cynthia’s urging, Ethan agrees to go looking for the missing Jacob, prompted in large part by a desire to redeem his reputation. Meanwhile, the so-called whiskey rebels on the western frontier are trying to bring down the hated Alexander Hamilton and his Bank of the United States. The courageous Ethan is a likable rogue, and even though Ethan spends too much time delving into the complications of 18th-century finance, he can be counted on when the chips are down and the odds against him soar.