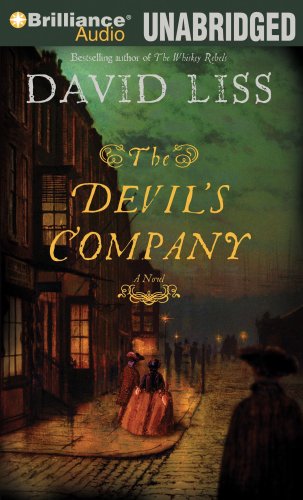 Liss's novel dissects the corrupt underbelly of 18th-century commerce, politics and religion. Benjamin Weaver, a “thief taker,” is blackmailed into spying on the powerful British East India Company, while a variety of undercover and double agents keep their eyes on him. The audio version is enhanced by a stirring performance by Simon Vance. His rendition of Weaver as crafty but moralistic is nearly perfect, though Weaver comes across as more educated and middle class than Liss intended. But in tackling a long novel rife with dialogue, Vance performs a huge cast that reflects the London society of 1722, including merchants, textile workers, accountants, security guards, a Scottish physician, Portuguese Jews, French spies, street urchins, plus the denizens of many a tavern and brothel. A wide audience will be delighted by this fast-paced thriller, thanks to Vance's deft dramatization.