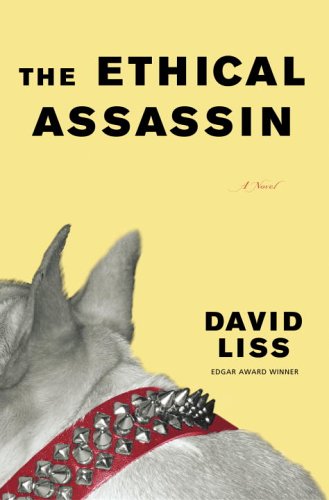 Liss ( ) recycles familiar conventions—drug dealers, missing money, an innocent hero mixed up with bad guys—but salvages his novel from banality with a few quirky touches. In sticky south Florida of August 1985, Lem Altick, a 17-year-old door-to-door encyclopedia salesman, witnesses the murder of two potential customers in a mobile home. Fearing he'll be fingered for the crime—or worse, that he's next—Lem establishes a wary relationship with the likable killer, Melford Kean, who is either a violent psychopath or an animal rights vigilante fighting agribusiness. Lem must also watch out for Jim Doe, the corrupt, redneck police chief who saw Lem at the trailer on the night of the crimes. Lem's paranoia heightens when he learns of Doe's connection to his employers at the encyclopedia sales company, which turns out to be a front. While Lem repeatedly skitters away from danger as he gathers clues that reveal a web of corruption, he finds time to fall for fellow bookseller Chitra and to undergo a political awakening under Melford's tutelage. Liss provides enough entertainment to keep the pages turning, but this hybrid of a thriller and a coming-of-age story doesn't quite succeed as either.