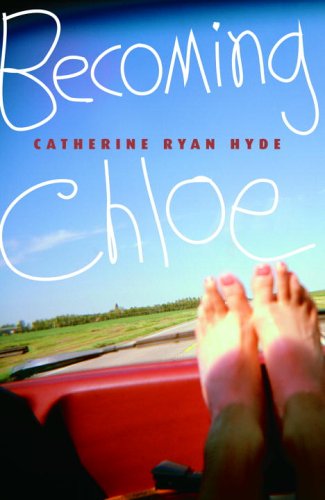 This deeply affecting novel by the author of begins with the intersection of two nearly-lost lives. Jordan, 17, is hustling sex to earn a living in New York City after coming out to his parents and nearly getting killed by his homophobic father. In the horrific opening scene, he's squatting in the cellar he calls home when he realizes a girl is being raped in the alley outside. The victim is an 18-year-old waif whose life so far has been so unrelentingly brutal it doesn't register with her to complain about the rape. The instantaneous bond they form (Jordan gives her the name Chloe) has its origins in the most heartbreaking of circumstances: neither had a parent they could count on (though the author never divulges the full story of Chloe's childhood, which may frustrate some readers). When a second violent incident makes them fugitives, the two wind up on an exhilarating coast-to-coast journey looking for joy and beauty in what so far has been a grim existence. Readers will love this road trip as the two drive, bike and hitchhike from Niagara Falls to Big Sur, running into (mostly) wonderful people along the way. Jordan is an uncommonly mature teen, perhaps a tad idealized, but he and Chloe feel entirely real and readers will root for them. This is eloquent storytelling about how two troubled teens find redemption—through each other. Ages 12-up.