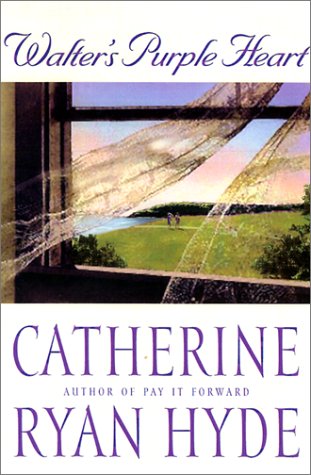 Though the much-hyped movie version of sank into box-office doldrums soon after its release, Hyde still soars, turning out another heartwarming if melodramatic tale. In her fourth novel, the eponymous Walter is dead, killed by a Japanese sniper at Guadalcanal in 1942. Forty years later, his spirit comes back and declares, "Nobody in this story is going anywhere without me." By that, he means his high school sweetheart, a wartime buddy, and the very confused California marijuana farmer he chooses as his earthly host. Twenty-one-year-old pot enthusiast Michael Steeb unexpectedly meets Walter's spirit one day while fooling around with a Ouija board. Michael freaks out, and it takes Walter some time to convince Michael that his spirit is real and that Michael must help him unravel a 40-year-old mystery. Michael and Walter finally become friends, and Walter sends Michael to New Mexico to locate his wartime sweetheart, Mary Ann, and his old army buddy, Andrew. They have been married 38 years and each has powerful memories of Walter, but Walter has a few hard questions he wants to ask them. It's a bit disconcerting when Michael, channeling Walter, romances the 60-something Mary Ann, but the power of human emotion in its purest form wins out over physical barriers. Though she doesn't skimp on the schmaltz, Hyde has a sure touch with affairs of the heart.