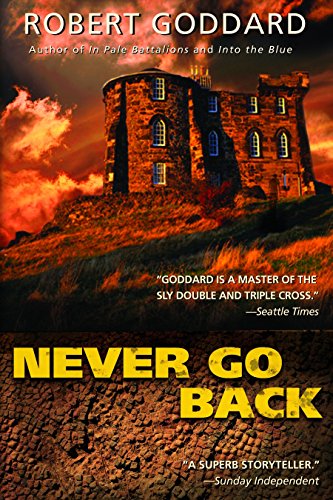 At the start of British author Goddard's well-crafted new thriller, Harry Barnett, the almost too unprepossessing hero of and , returns to his hometown of Swindon, where he gets unexpectedly swept into a reunion of RAF servicemen with whom he had participated in a three-month research project 50 years earlier. Clever nicknames and brief characterizations help the reader keep track of the 14 members of the group, some of whom have died in the intervening years. After returning to the Scottish castle where the experiment took place, Harry's compatriots start (a bit predictably) dropping like flies, and suspicions grow about the true nature of the long-ago project, ostensibly only an exercise in gauging the effect of intensified academic pressure. Barnett, reunited with his dodgy pal Barry “Fission” Chipchase, is caught in the middle, and soon the two find themselves the primary suspects in the murders. Smooth prose and pitch-perfect pacing make this otherwise conventional story entertaining and absorbing.