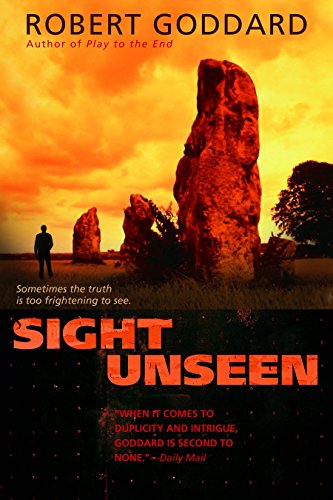 This compelling stand-alone thriller from British author Goddard ( ) opens in 1981 with the kidnapping of two-year-old Tamsin Hall and the hit-and-run death of Tamsin's seven-year-old sister, Miranda, in the ancient town of Avebury, at the foot of two massive, mysterious monoliths, part of a Neolithic stone circle. Fast forward to the present, where historian David Umber, who witnessed the double crime and later married the children's nanny, hears from now retired Chief Inspector Sharp of the Wiltshire constabulary, who has received an anonymous letter with clues to what happened that center on the identity of an 18th-century political gadfly known by the pseudonym Junius, the subject of Umber's Ph.D. research. Umber's realization that his wife's suicide years before may actually have been murder spurs him to join Sharp in pursuing this new evidence. The solution to both the identity of Junius and the perpetrator of the crimes against the children is satisfying, intelligent and refreshingly straightforward.